A dog belonging to a gay couple was infected with the dreaded monkeypox and didn't deserve it because he's a good boy. One of the couple is also HIV-positive.

This is the first known case in which human-to-pet transmission of the virus is suspected, according to the medical journal The Lancet.
The rather shocking diagnosis was made after the two gay guys visited a hospital in Paris on June 10.
The gay guys' 4-year-old greyhound developed lesions in its nether regions after it contracted monkeypox somehow from its owners, just days after they experienced rashes, lesions and anal ulcerations six days after having gay sex with each other, but not with the dog.
The gay couple are a 44-year-old HIV-positive Latino man and 27-year-old HIV-negative White man. They slept in the same bed with their dog but it isn't known what the dog had seen or done, and we don't really want to know.

The Lancet sounded the alarm, urging monkeypox-infected individuals, comprised of well over 90% gay men, to distance themselves from their pets in order to prevent viral transmission.

“Our findings should prompt debate on the need to isolate pets from monkeypox virus-positive individuals,” the medical journal warned.
One can imagine the same would hold true if there were humans in the same household as well, who are not necessarily gay but can come in physical contact with a gay monkeypox carrier.

On June 24 — two weeks after the gay couple’s critter contracted monkeypox from them in France — the U.S. Centers for Disease Control and Prevention issued guidance warning that infected people “can spread Monkeypox virus to animals through close contact, including petting, cuddling, hugging, kissing, licking, sharing sleeping areas, and sharing food.”
* * *
Hey folks, consider subscribing to Brain Flushings and please check out the ads on these pages. It costs nothing to subscribe and it's worth every penny. And remember, every time you click on an ad, you help in the fight against Communism, ignorance, The New York Times, and the heebie-jeebies. You also help me. Thanks.
* * *
Of course, many people allow their dog to sleep in bed with them, but anyone kissing, licking or cuddling their animals doesn't have monkeypox as their biggest problem.
Tweet
- August 18, 2022

Biden blames Elton John for spending $6B on HIV and AIDS

President Biden is often the butt of jokes about the gaffes he constantly makes when sounds leave his face hole. In fact, it's hard to f... 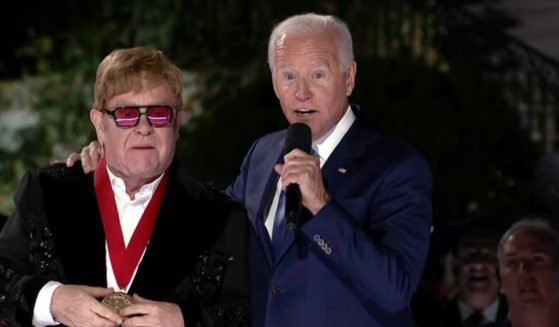 Welcome to my blog. Here you will find information that is both interesting and useless. You can even see how Steve, my camera, sees the world through my eyes, or get your hands on my latest novel, Jihad Joe at:

Thanks for visiting. Hope you enjoyed the coffee and cake. Sorry we ran out of donuts.

Some of my favorite sites